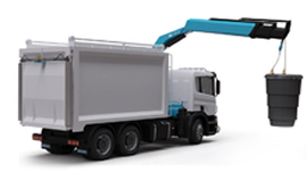 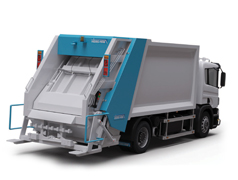 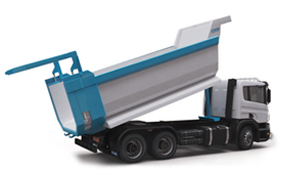 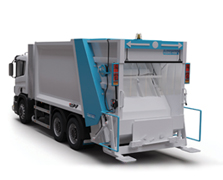 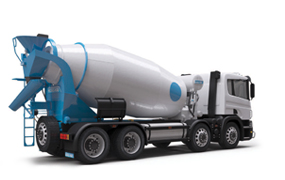 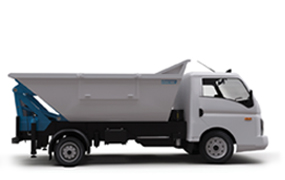 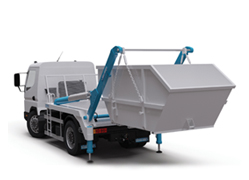 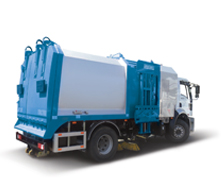 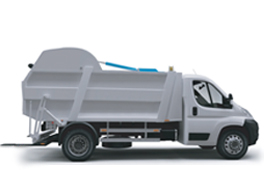 The moving floor is divided into three sets of narrow floor slats, with every third slat connected together, hydraulically powered to move forward and backward either in unison, or alternately. When all three sets move in unison, the load is moved upon them in the direction the operator wishes. Slat retraction (during which the load does not move) is accomplished by moving only one set of slats at a time. (The friction of the load on the two stationary sets of slats keeps the load from moving while a single set of slats alternately slides past.) (1)